The exhibition „Paper Icons“ convenes six artists working within the material of paper under the theme „The Icon“.  Within the pieces in this exhibition, there are two distinct approaches : Firstly, the re-combination or subsequent eradication of iconic signifiers using found materials. Secondly, the construction of signs with an iconic appeal using blank material. Both approaches work with the deconstruction of the icon as a common signifier and the disengagement from its use as a guided association.  A disengagement that gives the recipient a heightened awareness of the allover iconic imprint of our society of the „Iconic Turn“ by opening up new spaces of association. (Introduction see below) 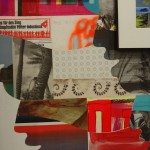 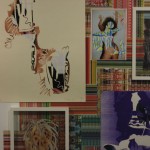 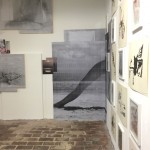 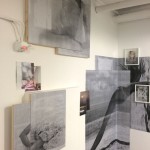 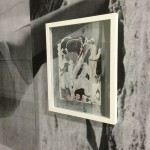 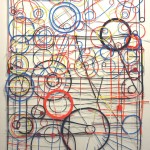 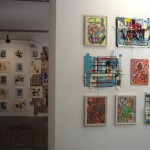 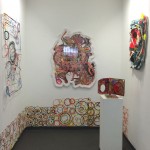 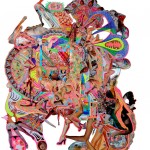 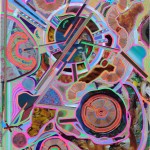 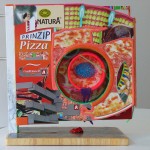 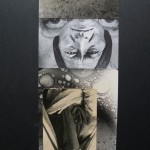 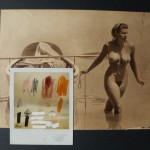 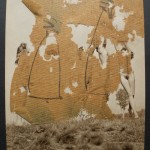 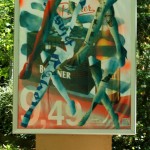 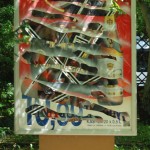 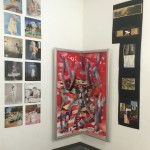 INTRODUCTION Dark Matter, the known unknown. An encompassing, unknown structure in which the known is sporadically flashing like peripheraly-filed engrams. Dark Matter constitutes 84.5 % of the materia of the univers and it eludes our perception. The visible materia that is fundamental for our perception is formed by hypothetic forces. With the iconisation of public space by „architectural icons“ and advertisments, the meaning and form building forces of social functions and social discourse fade into the background. An orientation towards form and a turning away from shaping shows up. The outstanding is not outstanding in its function anymore, but in its form–its symbolism.The world that occurs is imprinted by marketing and capital interests. It should be mentioned that art is part of semiocapitalistic industries. Signature pieces in signature rooms are standards in art marketing. The exhibiting artists use products of semiocapitalism as basic material for their deconstructions. Magazinpages, advertisements, porn, posters, quickly consumed iconic content on ephemeral material. The artists erase, cut out, recombine and displace both formally and contentwise. Porn without sex, adds without products, polaroids without photos. Icons become patterns and patterns become icons. The signature piece steps back behind the method of making the not seen, the ephemeral and accidental visible. Structures and patterns behind the icons, the message, emerge and open spaces of perception and free association.

Thanks to Galerie Kuhn & Partner for support!